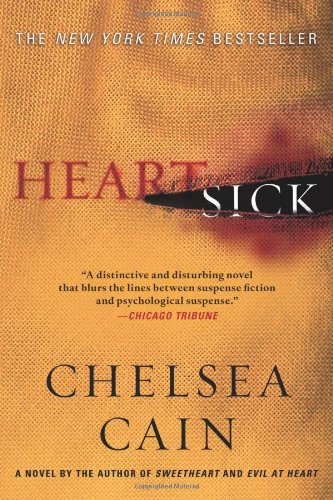 In this outstanding thriller, the first in a new series, Cain ( ) puts a fresh spin on a scenario familiar to fans of Thomas Harris’s . When someone starts dumping the bodies of teenage girls around Portland, Ore., after soaking them in tubs of bleach, Archie Sheridan, a police detective addicted to pain killers, turns for help to Gretchen Lowell, an imprisoned serial killer who once tortured him (the big scar on his chest “was shaped like a heart”). Covering the crimes is reporter Susan Ward, a smart-alecky punk with pink hair and authority issues. The suspense builds as the narrative shifts between Sheridan’s new case and his ordeal with Lowell, who in her own way is as memorable a villain as Hannibal Lecter. The damp Portland locale calls to mind the kind of Pacific Northwest darkness associated with Ted Bundy and Kurt Cobain. A vivid literary style lifts this well above the usual run of suspense novels.