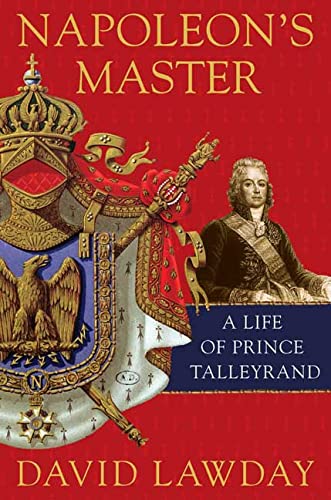 Charles-Maurice de Tallyrand-Perigord (1754–1838) was a diplomat for all regimes. He had major French governmental posts, including brief stints as prime minister, for nearly four decades: during the post-terror phase of the French Revolution and then under Napoleon and the Bourbon King Louis XVIII. As portrayed by Lawday, a former correspondent for the , Talleyrand was a womanizer (he and Gouverneur Morris, then the American ambassador to Paris, competed for the same mistress) and a money-grubber, with a certain aristocratic hauteur. Yet Tallyrand was gifted at diplomacy: he was patient, an exceptional listener and, most important, a conciliator. Having had an exceptionally close relationship with Napoleon, he came to staunchly oppose the emperor's “insatiable ambition” and even committed near-treason in his complicity with Austria and Russia against Napoleon. Lawday devotes appropriate space to Talleyrand's finest moment, the 1815 Congress of Vienna, where his skills steered the assembled diplomats to allowing France to remain an integral part of the “concert of Europe.” Though comprehensive and quite good, Lawday's biography is long on narrative, hewing closely to the details of Tallyrand's unfolding life, but short on analyses of Tallyrand's choices and of the broader French and European contexts in which he acted. 8 pages of b&w photos; maps.