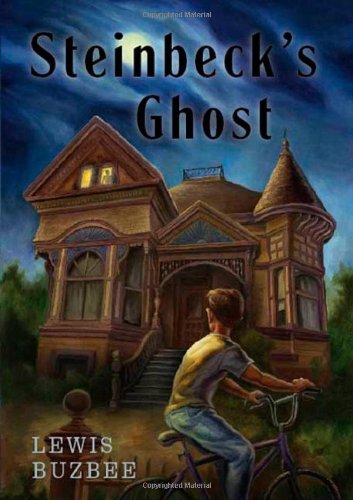 In his middle-grade debut, Buzbee ( ) pays eerie tribute to a great American author. A native of Salinas, Calif., Travis Williams is campaigning to save the public library (named after the town’s most famous citizen, John Steinbeck) when he’s unsettled by seeing a ghost in the attic window of Steinbeck’s childhood house, hearing a vagrant spouting dialogue from and finding a cave that holds dark secrets about Steinbeck’s history. As he joins forces with a classmate and a Steinbeck expert, Travis finds himself drawn into a mystery at least as exciting as those he’s read about in books. Creating a brand of magical realism that is more thought provoking than scary, Buzbee resurrects Steinbeck characters and scenes to tell a story within a story. If events are strung together too tidily to allow for a happy ending, the story remains an intriguing introduction/companion to Steinbeck’s works and imaginatively conveys the power of literature to transport people to another time and place. Ages 10–14.