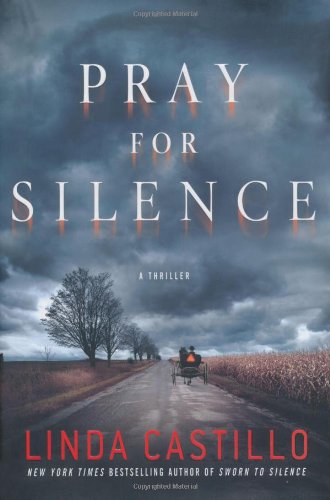 In this overwrought thriller from Castillo, her second after , someone slaughters all seven members of the Amish Plank family at their home in Painters Mill, Ohio. The bodies of the two teenage daughters show signs of torture. At first, it appears the father, Amos, killed his wife and five children, then shot himself. When clues point to a killer outside the family, Kate Burkholder, the local police chief who left the Amish community decades before, zeroes in on 15-year-old Mary, who may have flirted with the idea of living in the “English” world. Lending a hand is Kate’s on-again/off-again boyfriend, John Tomasetti, an agent suspended from the Ohio Bureau of Criminal Apprehension and Identification for failing a recent drug test in the wake of his own family’s murder about two years earlier. Castillo excels at detailing gory crime scenes, but she leaves Kate and John as little more than cookies cut from the same “troubled cop” mold.