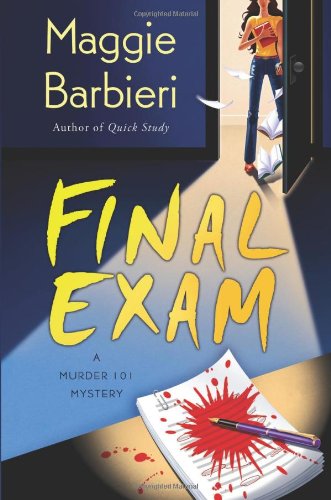 Going back to dorm life isn't much fun for Alison Bergeron in Barbieri's uneven fourth puzzler to feature the reluctant crime magnet (after 2008's ). Alison, an English professor at St. Thomas University in the Bronx, becomes the temporary resident director of Siena dorm after Wayne Brookwell, its popular RD, fails to return from spring break. Det. Bobby Crawford of the NYPD, Alison's faithful boyfriend, helps her move into her new digs, Wayne's small, less than spotless “suite.” When the toilet overflows after Alison flushes it, Crawford cleans up the mess—and discovers a brick of heroin hidden under the bathroom floor. Adding spice is a love triangle involving Wayne and Amanda Reese, a Siena RA who's engaged to a Princeton student. Less entertaining is a subplot about Alison's bitchy best friend, whose estrangement from her detective husband has gone into overkill.