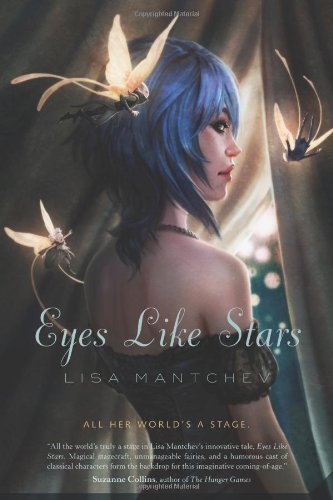 Beatrice Shakespeare Smith (aka Bertie, aka “the self-appointed Queen of Improvisation”) makes use of her creative skills to remain in her adoptive home, the magical Théâtre Illuminata. The characters from every play ever written are eternally bound to this particular stage by “The Book,” which contains all the scripts; Bertie's companions include Ariel from , 's Ophelia and a smattering of fairies, among others. After a destructive incident involving a cannon, Bertie must prove that her contributions as an ordinary 17-year-old girl are “unique and valuable” or be cast out. But the theater is thrown into disarray when Ariel steals “The Book,” while Bertie's desire intensifies to uncover the truth about how she came to the theater. Mantchev's first novel feels dreamlike (plot points are often revealed during impromptu performances), yet underneath is a solid story about the search for happiness and identity. Inside jokes will delight drama club devotees (“Gertrude pointed at Macbeth, who was holding up a cruller and muttering, 'Is this a doughnut I see before me?' ”), but this passionate debut should attract a broader readership as well. Ages 12–up.