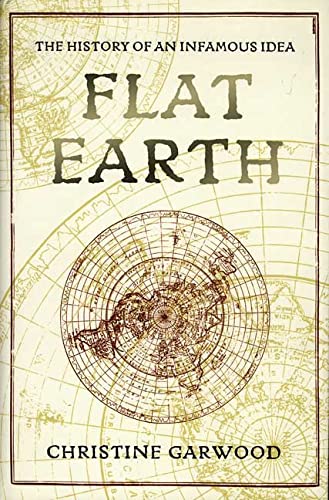 Flat Earth: The History of an Infamous Idea

Garwood, historian of science at the Open University in England, presents a thoroughly enjoyable first book. Examining the belief that the world is flat from a wide array of perspectives, she makes some important points. She demonstrates quite convincingly, for example, that, contrary to what most people believe, the ancients knew the world was not flat: “the earth has been widely believed to be a globe since the fifth century B.C.” Only in the 19th century did acceptance of a flat earth spread, promoted largely by biblical literalists. Garwood does an impressive job of comparing those flat-earthers with modern-day creationists. She also makes the case that it’s all but impossible to argue effectively with true believers. Modern believers assert that the space program is a hoax. In 1994, on the 25th anniversary of the first manned landing on the moon, a poll estimated that approximately 20 million Americans thought the landing was staged on Earth, underscoring that some outrageous beliefs still hold sway. Garwood is respectful throughout, analyzing the philosophical underpinnings of those who have doubted, and continue to doubt, the Earth’s rotundity.