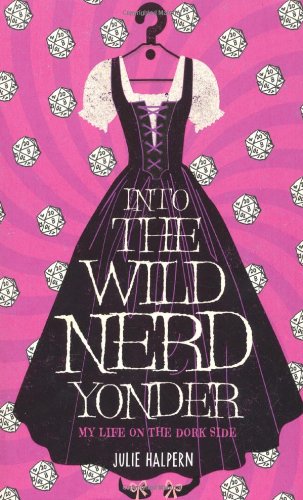 Into the Wild Nerd Yonder

Sophomore Jessie Sloan is having a bad year. Her two closest friends are turning punk and boy-crazed; one of them even pursues Jessie's longtime crush. To make matters worse, Jessie's beloved older brother will soon be leaving for college. Jessie feels adrift and spends her time sewing skirts and listening to audiobooks. Halpern's ( ) story picks up pace when class nerd Dottie introduces Jessie to Dungeons and Dragons, which Jessie (to her surprise) actually enjoys, leading her to a new group of friends as well as a heartfelt, if a little clichéd, crush on a cute boy with his own nerdish tendencies. Jessie is a thoughtful, sympathetic narrator (“How is it that someone becomes a dork?... What makes some people like punk music and Denny's and other people like costumes and Dungeons and Dragons?”), and her fresh voice will reveal to readers just how independent and exceptional she is (even when Jessie can't see it herself). The relationships and dialogue ring true; readers navigating the stratified social structures of high school will relish an ending that celebrates true friendship. Ages 12–up.