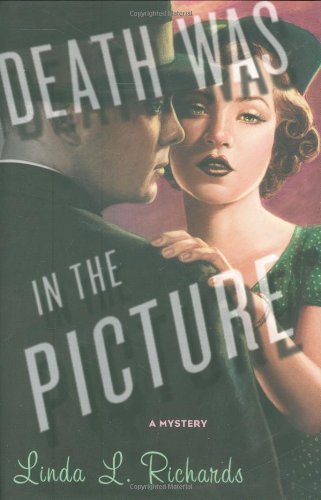 Death Was in the Picture

Set in Hollywood in 1931, Richards’s swell follow-up to (2008) finds ace-in-the-hole secretary Kitty Pangborn still lifting as much of the load as her PI boss, Dex Theroux, who has a tendency to spend his afternoons “with all the boys: Johnnie Walker, Jack Daniels, Jim Beam, Jose Cuervo.” Fortunately, Dex is sober when a mysterious man hires him, on behalf of “a group of concerned citizens,” to observe movie star Laird Wyndham, whose morality is suspect. Dex senses a setup, confirmed when Wyndham is arrested for a starlet’s murder. The turnaround is complete when Wyndham hires Dex to clear him. Richards handles the slang and patois of the period neatly. Likewise, she paints a vivid picture of the contrast between those just scraping by during the Depression and those living high on the hog. Kitty has plenty of moxie, and while Dex gets top billing on the office door, she’s no second banana in this class act.