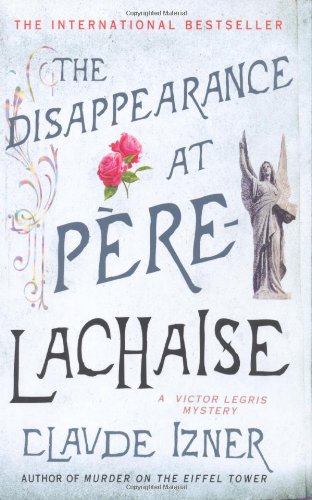 The Disappearance at Pre-Lachaise: A Victor Legris Mystery

Parisian bookseller Victor Legris takes a little too long to appear in this sequel to Izner’s (2008), but eventually Denise Le Louarn, a maid worried about her missing mistress, Odette de Valois, finds her way to Victor’s bookstore. As Odette’s former lover, Victor feels obliged to help—plus, he loves a good mystery. Victor discovers that a delusional old man has inadvertently carried off Odette’s body from the Père-Lachaise cemetery, where she was murdered while following a spiritualist’s advice to honor her “dead” husband. Then Denise turns up drowned in the Seine, another body surfaces and an unexceptional painting of the Madonna commands exceptional interest. Historical and cultural references—to literature, art and music—vividly evoke Paris in 1890. While some readers may find this backdrop a little bulky at times, the increasingly tight plot and several deftly constructed characters keep the story moving.