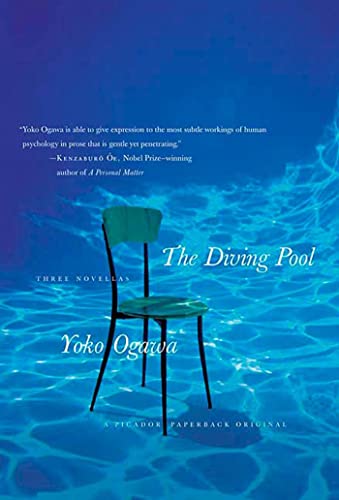 In this first book-length translation into English, Japanese author Ogawa’s three polished tales demonstrate her knack for a crafty, suspenseful hook. Each is narrated in the listless, emotionally remote voice of a young woman, such as the high schooler of the title story whose infatuation with her foster brother, Jun, prompts her to obsessively observe his diving practice. As the daughter of religious parents who run an orphanage, Aya feels alienated from the workings of the so-called Light House and finds an outlet for her frustration in romantic fantasy about Jun as well as in tormenting—shockingly—an orphan baby. The underhandedly creepy “Dormitory” is narrated by a Tokyo wife who begins nursing the ailing, armless one-legged manager at her old college dormitory. The manager’s increasingly alarming tale of love for one of the renters, now vanished, enthralls the wife. “Pregnancy Diary” offers a bit of levity, narrated by a young unmarried woman whose rage toward her pregnant sister take the form of cooking her grapefruit jam prepared from fruit treated with a chromosome-altering chemical. Ogawa’s tales possess a gnawing, erotic edge.