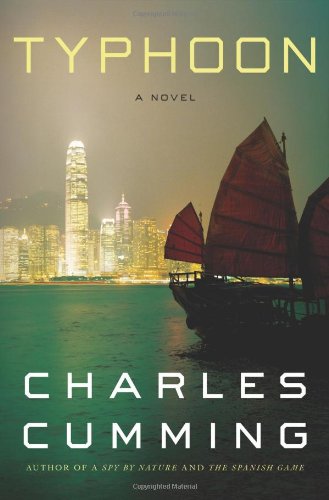 In the tradition of old-school espionage fiction, Cumming ( ) lets character rather than plot carry this compelling thriller. William Lasker, a second-string agent of the British Secret Intelligence Service, takes on the job of writing a book about a rogue CIA plot against the People’s Republic of China. The action, which takes place mainly in Hong Kong and Shanghai, focuses on Joe Lennox, an SIS undercover agent in China, and an older CIA veteran, Miles Coolidge. Several months before the turnover of Hong Kong to Chinese rule in 1997, a defector, Professor Wang Kaixuan, climbs out of the South China Sea and announces he has important secret information. After the professor disappears, Joe slowly learns the defector has become part of Typhoon, a secret CIA plan being run by Miles whose aim is to destabilize China. The conflict between Joe and Miles, both personal and professional, fuels this complex and satisfying novel.