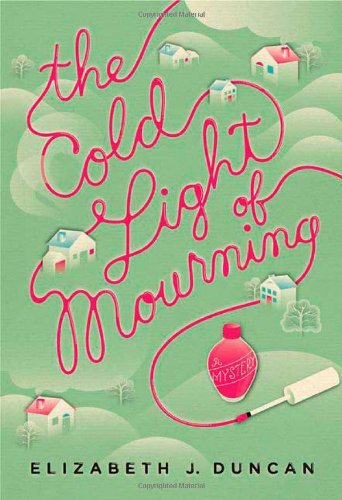 The Cold Light of Mourning

A runaway bride is the linchpin of Canadian writer Duncan’s delightful debut, which has won the Minotaur/Malice Domestic Best First Traditional Mystery Novel Competition. Expatriate Canadian manicurist Penny Brannigan is grieving after the death of a dear friend when the major event of the year occurs in the town of Llanelen, Wales. Social climber Meg Wynne Thompson isn’t universally loved, and when she disappears on her wedding day, a case of jilting at the altar takes on more sinister overtones. Speculation swirls around various members of the bridal party, including the bewildered groom and the suave best man. But Penny, who thinks there was something odd about one client at her salon on the fateful morning, shares her observations with Det. Chief Insp. Gareth Davies and asks uncomfortable questions that place her and a colleague in danger. The scenic Welsh backdrop, village personalities and a budding romance for Penny add color and interest.