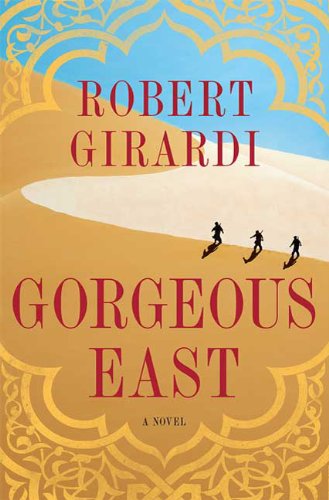 A well-researched tale of the modern French Foreign Legion, Girardi’s first novel in seven years (after ) is a major disappointment that, marred by purple prose (“The pain... blotted out everything—courage, honor, love—and he lay on the sandy ground in the grips of this blackness, moaning weakly”) and undermined at key points by parody, fails on every level. The plot centers on three legionnaires: Phillipe de Noyer, an aristocratic officer; Evariste Pinard, a reformed Quebecois thug; and John Smith, an American musical theater actor who joins the legion after his selfishness leads to the murder of his ex-girlfriend. The three men become involved in the legion’s battle against an uprising in the western Sahara led by Al-Bab, a portly false prophet. After an attack on one of the legion’s desert forts, de Noyer and Smith become Al-Bab’s prisoners, and Pinard is dispatched to rescue them. But by the time Al-Bab’s actual identity is revealed (a sequence that is, simply, silly—the vital clue is a box of Cap’n Crunch cereal) and the prisoners are rescued, all but the most masochistic readers will have put this down.