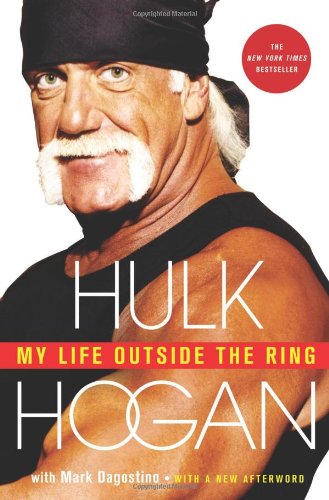 My Life Outside the Ring

Whether it was in the ring during his decades-long wrestling career, or in his home during his popular reality show, Hogan has spent most of his adult life in front of the cameras. But for this memoir, Hogan hoped to “open up about everything in his life,” and it's hard to argue that he didn't succeed. From his days as a high school outcast in Florida to his ascension as perhaps the most popular wrestler of all time—“it was like the Beatles or something,” he writes—Hogan pulls no punches along the way. The first half of the work is fascinating, as he chronicles his first exposure to wrestling, which ended in a broken leg, along with his openness about steroid use and other drugs. Once his wrestling career ends, however, the book devolves into rather uncomfortable reading. Hogan writes exhaustively of his destructive marriage and his wife's alcoholism, and details his subsequent affair. But the most cringe-worthy passages come in his unabashed defenses of his son, who served nine months in jail for his role in a car accident that permanently injured his friend. The spiritual enlightenment that Hogan experiences in the final chapters does little to brighten the mood by the time the final page is turned. Wrestling fans will enjoy Hogan's honest look at his career and the history of the business. But the exploration into the rest of his personal life proves to be more depressing than uplifting.