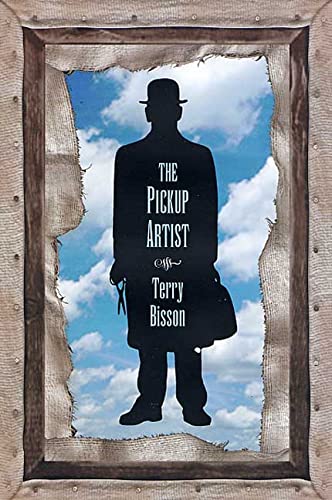 Science fiction needs humor, and it is plentiful in this zany, seriocomic variation on Ray Bradbury's from Hugo and Nebula award winner Bisson. BAE (Bureau of Arts and Entertainment) agent Hank Shapiro makes his living picking up for "deletion" books by older authors in a world that has run out of room for them. Deletion also applies to musicians and artists. Frank Sinatra records, as well as Impressionist paintings, are all fodder for Hank's pickup bag. He is curious about none, just doing his job, until he finds a recording by his namesake, country singer Hank Williams. Curious, he listens to, then loses, the recording. His need to retrieve it starts him on an extended and increasingly antic road trip across America, accompanied by his dog, usually but not always dead, thanks to "HalfLifeTM". Along the way Hank encounters a young woman pregnant for more than nine years who finally gives birth, and Bob, a dead man, one of 63 Bob clones who keep hilariously popping up. Humorous episodes involve a mountainously high garbage fill on Staten Island, N.Y., and a Ramapo Indian casino in northern New Jersey. Providing continuity are historical summaries of the deletion movement, which began with protests by young artists, "Alexandrians," who are "named for the fire, not the library." In a nice twist reminiscent of the ending of Bradbury's classic, the Alexandrians ultimately decide they should be "named after the library and not the fire."