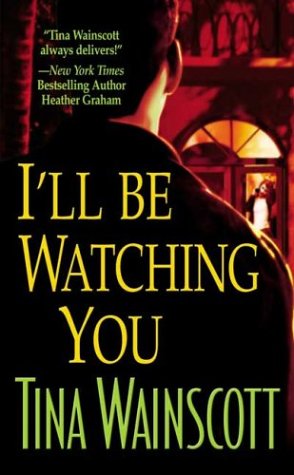 I'LL BE WATCHING YOU

Cypress, a small town perched on the edge of the Everglades, is torn by divided loyalties when one of its former citizens, Kim Lyons, returns. Before leaving, Kim accused her stepfather, who hails from one of the town's influential founding families, of murder. Now she's back to run the bar she inherited from her grandmother, who was the victim of a swamp "accident," and uncover the truth behind her father's death. Several broken windows and a near rape later and it's clear that more than one person would like to see Kim leave, but the various attempts to bully her out of town only strengthen her resolve to stay put. A psychic child foretells danger for Kim and her love interest, Zell Macgregor, the one man who stands between her and the town's retribution, but as usual, no one heeds the child's advice until it is almost too late. A shocking finale involving a tank of hungry alligators brings the tale to a satisfying close, but the journey up to this point is fitful. The pace lags while Wainscott rehashes the town's history, and the chemistry between Kim and Zell is nonexistent. The story's largest shortcoming, however, is the author's failure to create characters that are both believable and sympathetic.