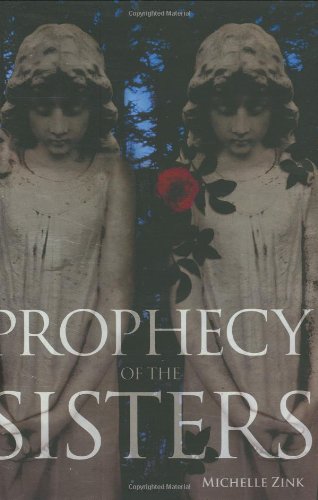 Prophecy of the Sisters

Set in 19th-century New York, Zink's tense and haunting debut novel is narrated by 16-year-old Lia Milthorpe, left in the lurch by the recent death of her father under mysterious circumstances. Lia, who bears the mark of the Jorgumand (a snake devouring itself) on her wrist, soon learns that she and her twin sister, Alice, are fated to play crucial opposing roles in a mystical struggle that goes back to the dawn of time; unfortunately neither girl is temperamentally suited to the role she has been assigned. The author's language, formal and restrained, is appropriate for the setting and gives the chilly scenes between the sisters an especially gothic air (“We are not the kind of sisters who engage in nightly hair brushing or confided secrets”). While Zink relies on the well-used trope of the grand prophecy, the story is anything but clichéd, with flawed and fragmentary translations, misinterpretation and methodical but inspired deduction complicating and enriching the tale. The result is a captivating tragedy immersed in a world of spells, Samhain and twisting family allegiances that stands on its own while leaving room for sequels. Ages 12–up.