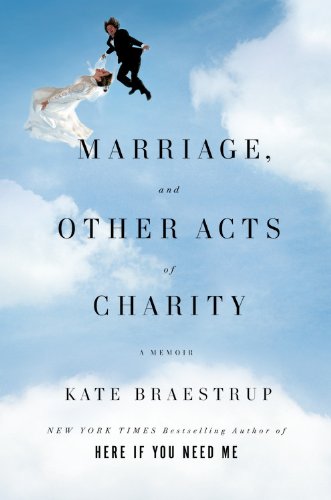 Marriage and Other Acts of Charity: A Memoir

In this breezy, soft-pedaling exercise in spiritual empowerment, Braestrup ( ) shares some of her hard-won marital wisdom. As an ordained minister, Braestrup counsels couples to love and cherish one another, even in the face of a 50% divorce rate, and asserts that of the three kinds of love known in ancient biblical Greek—eros, philos, and agape—the greatest is the last. Translated into Latin as , agape is the generous, selfless love given unconditionally and best mimics the nature of God's love. Braestrup traces her own call to the ministry to the aftermath of the shocking sudden death of her policeman husband, Drew, killed in a car accident in 1996, when her family and friends rallied around her and the couple's four children with abundant love and care. She reveals that not long before his death, the couple had suffered a marital crisis and sought counseling for what the author considered clearly Drew's “incurable character disorder”; however, she was jolted from the brink by the thought of their losing each other. Employing examples of the couples she knows, such as game warden Jeremy Judd and his betrothed, town dispatcher Melanie, who sought the author's advice as they embarked on their marriage, as well as a soon-to-be-divorced couple, Jesse and Georgiana, Braestrup offers grains of folksy, charitable wisdom. She is comfortable discussing death (“One hundred percent of marriages end”), declaring that the only recourse is Jesus' message: “Love more.”