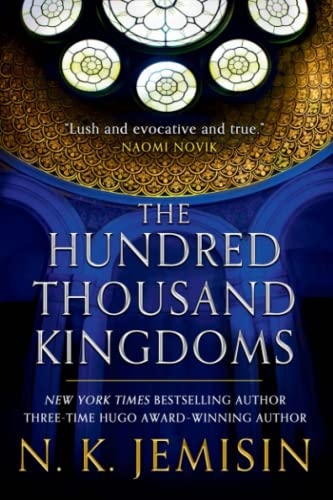 Convoluted without being dense, Jemisin’s engaging debut grabs readers right from the start. Yeine desires nothing more than a normal life in her “barbarian” homeland of Darr. But her mother was of the powerful Arameri family, and when Yeine is summoned to the capital city of Sky a month after her mother’s murder, she cannot refuse. Dakarta, her grandfather and the Arameri patriarch, pits her against her two cousins as a potential heir to the throne. In an increasingly deep Zelaznyesque series of political maneuverings, Yeine, nearly powerless but fiercely determined, finds potential allies among her relatives and the gods who are forced to live in Sky as servants after losing an ancient war. Multifaceted characters struggle with their individual burdens and desires, creating a complex, edge-of-your-seat story with plenty of funny, scary, and bittersweet twists.