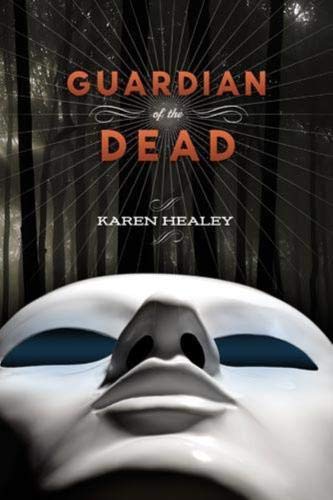 Guardian of the Dead

There's a lot of promise but too much ground covered and too delayed a reward in this boarding school drama turned eerie fantasy. Set in debut author Healey's native New Zealand, the narrative follows snarky 17-year-old Ellie Spencer as she works on a production of with her asexual best friend, while stalking Mark, an enigmatic crush, and worrying about a string of recent murders. What starts out as a simple whodunit soon morphs into a surprising blend of magical realism and ancient Maori mythology involving a magic mask, Mark's mind-controlling charm bracelet, and beings of “weird ageless beauty” who live in the mist, shaking up Ellie's view of the world. While Healey's prose is skilled and her characters well-formed (Ellie is an especially charismatic heroine), minor plot threads drop off—such as Ellie's mother's cancer—and the process through which the deeper story is revealed (a battle for survival between a small group of human warriors and the “fairy people,” also called “patupaiarehe”) feels frustratingly drawn out. By contrast, the thrilling last third of the novel, dedicated to the climactic battle, seems underdeveloped. Ages 12–up.