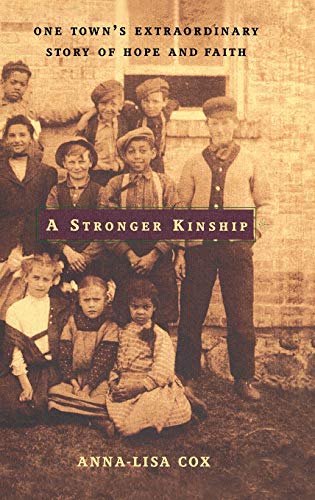 A Stronger Kinship: One Town's Extraordinary Story of Hope and Faith

Covert, Mich., is home to 2,600 residents today—1,200 Caucasians, 900 African-Americans and 500 Hispanics. That's an unusual mix for a rural Midwestern town, which, as Cox reveals, has an intriguing history. Focusing on the late 19th-century, Cox, a historian at Chicago's Newberry Library, recounts how Covert became racially integrated just after the Civil War and how its residents lived harmoniously thereafter, even as other American towns practiced segregation or ended up bedeviled by racial hatred. Some of the blacks who made their way to Covert had been born into slavery; others had always been free in name if not in practice. Many of the whites who made their way to Covert from the East arrived as confirmed abolitionists, with affiliations in some cases to the Congregational Church. Farming or logging mills provided steady income for most residents, and the relatively low level of poverty aided racial concord. Cox's frequent speculations about what specific Covert residents thought or did mar the book somewhat, and her flat prose fails to convey the vitality of the women and men she finds so fascinating. But Cox's optimism is infectious, and her recovery of Covert's nearly lost history admirable.