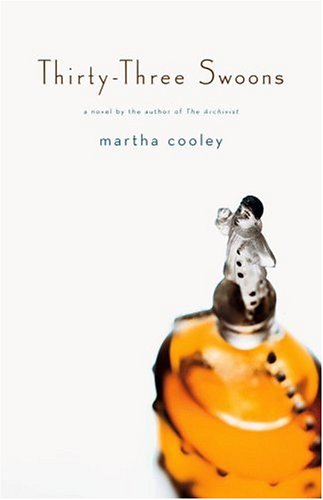 Cooley ( ) delivers a craftily plotted, multilayered Manhattan adventure involving the incongruous intersection between an American perfumer and the Russian theater director Vsevolod Meyerhold. In 1999, middle-aged Camilla Archer co-owns, with her ex-husband, a West Village theater accoutrements store and nurtures Danny, the 25-year-old daughter of Camilla's recently deceased cousin, Eve. Danny's true father is unknown, and she besieges Camilla—who has her own issues with her deceased perfumer father, Jordan—with inconvenient questions. Backstory: Camilla's mother died while giving birth, and the infant Camilla was brought to New York to live with Eve's parents. Eventually, Eve fell in love with her uncle Jordan, to devastating results. Meanwhile, a witty interloper narrator, who calls himself Meyerhold's doppelgänger, recounts the strange, brief encounter between Jordan and the Russian director Meyerhold in the 1920s. This narrator is a kind of dream-meister, who urged Meyerhold on a course of denial with his Soviet interrogators, to no avail, and stages Camilla's dreams about her father, whom she hasn't truly let go. Cooley demonstrates a solid grasp of the making of a perfume industry "nose," as well as the hip insouciance of the longtime Manhattanite. The narrative is set up as layers of theatrical contrivance, and the Meyerhold slant lends a compelling artifice to this quirky production.