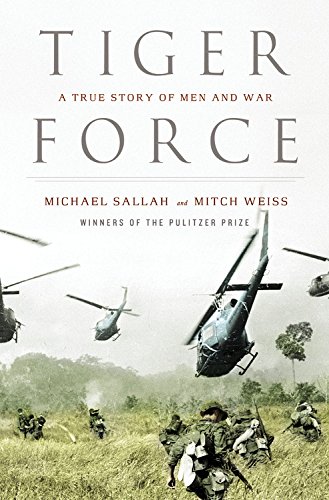 During the Vietnam War, Tiger Force was the code name of an elite platoon of the 1st Battalion, 327th Infantry. Its pedigree was impeccable. The battalion's executive officer, Maj. David Hackworth, organized the 45-man volunteer force in 1966, and it became one of the war's most highly decorated units, paying for its reputation with heavy casualties. But for seven months beginning in May 1967, Tiger Force descended into a moral abyss. Operating in what was defined as enemy country, the platoon engaged in an orgy of atrocities that ranged from taking ears, scalps and teeth to the mass killing of unarmed civilians. Conservative estimates count victims in the hundreds. From 1971 to 1975, the army mounted an investigation that documented the crimes, but decided "nothing beneficial" could result from prosecuting the platoon members or their leader. And so the story remained the stuff of rumor until reporters Michael Sallah, Mitch Weiss and John Mahr responded to a tip and started interviewing former Tiger Force members. The resulting newspaper series, "Buried Secrets, Brutal Truths," won a Pulitzer Prize in 2004 and forms the basis of this outstanding book. In the best tradition of investigative journalism, the authors let the story speak for itself, and thus force readers to wonder: was Tiger Force's behavior aberrant or was it part of a half-submerged pattern spanning the entire war?