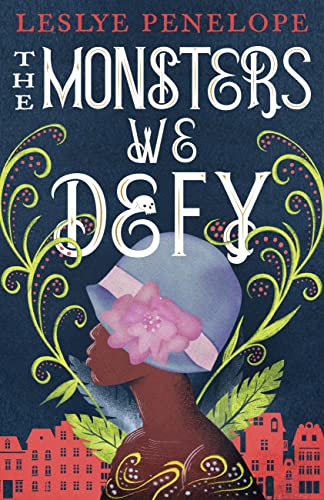 The Monsters We Defy

African American folk magic weaves through the alternate 1925 Washington, D.C., setting of this gorgeous fantasy from Penelope (the Earthsinger Chronicles series), in which magic-practicing humans choose to become indebted to powerful spirits—one of whom schemes to rule the human realm. Clara Johnson, herself indebted to a mysterious figure called the Empress, works as a typist while helping other Black folks with magic-related dilemmas on the side. A significant number of D.C.’s poor are coming down with a strange affliction and disappearing, but before Clara can investigate, the Empress cashes in a favor, tasking her with stealing an ancient ring from a wealthy opera singer. Clara reluctantly accepts, assembling a colorful crew to help pull off the heist: Zelda, her albino ex-circus performer roommate; Aristotle, a shape-shifting vaudeville actor; Israel, one of the hottest jazz musicians on Black Broadway; and Jesse Lee, Israel’s memory-altering, war veteran cousin. As threats grow from all sides, the group finds strength and answers in stories of their ancestors while coming to terms with how their pasts shape the future. Penelope’s blend of fantasy and history is pitch perfect, with wit, romance, and a lovable found family thrown in for good measure. Readers will be wowed. Agent: Sara Megibow, KT Literary. (Aug.)
close
Details