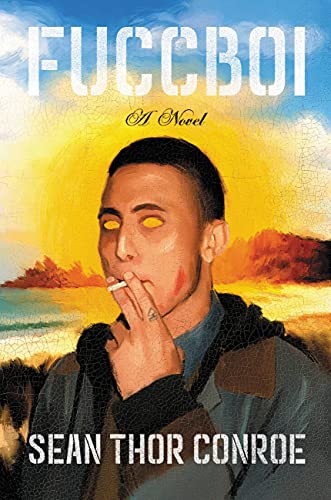 Conroe delivers a striking and hyper-stylized debut about a young male writer, also named Sean Thor Conroe, whose lexicon reflects Drake lyrics and the scrolls of Reddit and Twitter. In Conroe’s linguistic world, every love interest is a “bae,” every shine of glory is a “flex,” everything subtle is “lowkey,” and every suspicion is merely “sus.” Sean, having graduated from Swarthmore but still yet to establish himself in the literary world, works as a messenger for Postmates, indulges in Adderall and Molly, and nurses a broken heart over a girl he calls “ex bae.” His life, though, slowly falls apart as he develops an intensely debilitating skin condition almost akin to leprosy. Along the way, Sean demonstrates a passion for Nietzsche, Bolaño, and Wittgenstein, and offers credible insights on their work, sometimes by comparing it to hip-hop or vice versa. He also reveals some self-reflection by discussing the “rape-y” elements of his work with “editor bae” (“the whole point is to look at those impulses, to understand where they come from, that we all have em, so that they don’t manifest in real life”), which adds a bit of depth. Some will find Conroe’s prose fresh, others annoying, but he’s landed on an undeniably rich mix of ingredients for autofiction. Agent: Julie Flanagan, ICM Partners. (Aug.)
close
Details