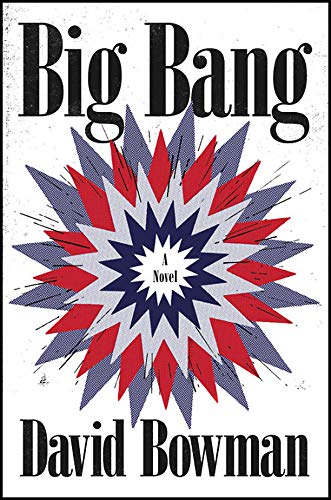 Where were you when you first heard President Kennedy had been shot?” asks Bowman (1957–2012) in the opening of his big, bold, and brilliant posthumous novel, and for the next 600 pages, he investigates what occurred in the years leading up to that monumental event in American history. Through the lives of such iconic figures as Norman Mailer, Elvis, William de Kooning, Marilyn Monroe, Dr. Spock, Ngô Dihn Diem, Aristotle Onassis, the Kennedys themselves, and dozens of others, Bowman conjures an enormous narrative out of the troubled years from 1950 to 1963. Bowman takes the reader to Nevada, where Arthur Miller and Saul Bellow become short-term neighbors while waiting to obtain quickie divorces; to Seattle, where Jimi Hendrix and Bruce Lee have a strange encounter; to Mexico City, where William S. Burroughs shoots his wife in the head during a William Tell stunt gone horribly wrong; to Robert McNamara’s home, where he and some Washington, D.C., friends have a book club; to Vietnam, where a fake coup quickly becomes a real one; and, of course, to Dallas on the day the President was gunned down. Bowman (Let the Dog Drive) relates all of these remarkable tales with a straight-faced, just-the-facts approach, stripping these giants of the 20th century of their mythic status and rendering them as mere humans—caught, like everyone, in the crossfire of unrelenting history. Bowman’s self-described “nonfiction novel” is a stunning and singular achievement. (Jan.)
close
Details