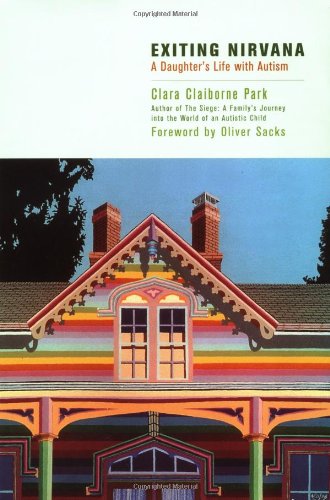 Thirty-four years after, Park's account of her autistic daughter's first eight years, she delineates Jessy's journey from being a barely verbal child to an adult fascinated with language and the mind. According to Park, Jessy exhibits many of the idiosyncratic mathematical obsessions associated with autism, but has fewer verbal skills than other autistic people. A superb artist, she stuns viewers with her dynamic paintings, which sell well. Her stable and happy life consists of painting; working in the mailroom at Williams College, where until recently her mother taught English; cooking; and doing most of the housework in the home she shares with her aging parents. Though a blessing, these achievements are fragile; Jessy can never live alone, she speaks English as if it were a second language and, equipped with even less understanding of emotions than most of us, cannot truly grasp nuanced human interaction. Park has been both mother and anthropologist, recording verbal and social breakthroughs and setbacks, administering praise and succor. She describes the serene insularity of the autist's "Nirvana," and observes collisions between the autistic and external worlds. She's urged Jessy to enter, "yet never entirely," the extraordinary dailiness inhabited by nonautistic people. In incisive, often exquisite prose, Park affords entry into Jessy's and her own remarkable journey between the two. Illus.