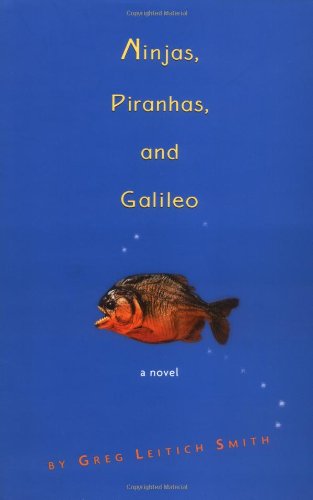 Set at a rigorous private school in Chicago, Smith's sparkling debut offers three seventh-grade narrators, each of them precocious, intelligent and wickedly funny: jazz-loving Honoria, who keeps two meat-eating piranhas and serves as the public defender in the school's student court; Johann Elias (his siblings all bear the names of Bach's relatives), the only one in the family who doesn't adore science; and Shohei, an adopted Japanese boy whose hilariously earnest parents are trying to shove his "heritage" down his throat ("Your ancestors are speaking to you," his Irish-American mother says tearfully. "We're going to help you hear"). As the story opens, the three best friends face two dilemmas. First, Elias has a crush on Honoria, who has a crush on Shohei, who wants to help Elias win Honoria. They also grapple with science-fair projects: Honoria tries to train her piranhas to prefer bananas, while Elias and Shohei each try to confirm an earlier finding by one of Elias's genius older brothers, that classical music helps plants grow. But Elias's experiment puts his brother's work in question, and the crusty science teacher assumes that Elias's study must be faulty. This conflict leads to a showdown in which Elias faces suspension unless he recants his findings, a predicament he compares to Galileo's fate. Can Honoria, acting as Elias's "attorney," come up with another solution? Readers will identify with these smart characters and enjoy the vicarious attendance at their idiosyncratic school. Ages 10-13.