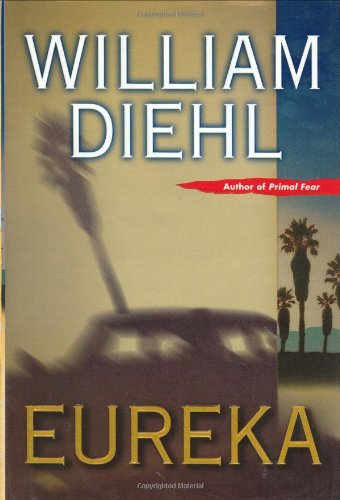 Following a four-year hiatus after the somewhat lackluster , the third volume of the Martin Vail thriller series, legions of this bestselling author's readers will herald this triumphant comeback as his best novel ever. Combining the psychological chiaroscuro of with the dramatic sweep and stylish noir of , this labyrinthine, multigenerational epic scrolls across the still-lawless frontier landscape of California. At the turn of the 20th century, Eureka, the railhead Sodom and Gomorrah of Southern California, is replete with whorehouses, gambling, dark political intrigues and steamy liaisons. Fast-forwarding through WWI to the last days of WWII, the plot examines the coming of age of this seedy patch. Recovering in 1945 from WWII wounds that earned him a Silver Star, LAPD Det. Zee Bannon is handed a briefcase containing files concerning a mysterious woman found dead in her bathtub. The case was left unresolved in 1941, just before he went off to war, and Bannon is unable to discover the victim's history before her move to L.A. in 1924. But her sizable bank account and a trail of anonymous cashier's checks eventually lead back to Eureka (since renamed San Pietro), where now legendary Sheriff Thomas Culhane's bid for state governor is at stake. Infidelity, murder, murky secrets, a deeply affecting love story and an old-fashioned showdown will keep fans spellbound right up to the fully satisfying—if not so surprising—denouement. Vividly cinematic, rich in atmosphere and peopled with believable characters, this novel serves notice that Diehl is one of the best thriller writers working today.