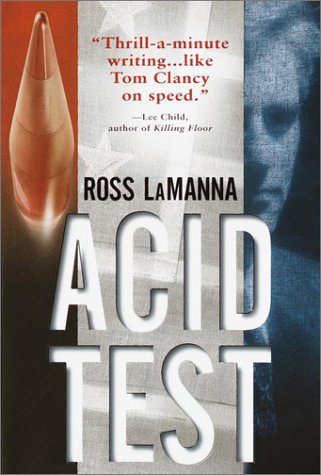 Genghis Kitsch! In this lively first novel, a competent if over-the-top techno-thriller, the earth is menaced by a Mongolian megalomaniac named Bhatu Khan, who has recreated a Golden Horde of drug-induced supermen and, with the aid of stolen military superware, plans to conquer the world. The pages echo with the inimitable voice of Ming the Merciless Emperor of Mongo: "Take them to the atom furnace!" Actually, Bhatu Khan doesn't have an atom furnace, but LaManna has action-packed everything else into this thriller, including an array of high-tech weapons, a mad scientist and a U.S. president going mad just as the enemy threatens to attack. Counterintelligence AFOSI (U.S. Air Force Office of Special Investigations) agent Matt Wilder, aided by historian Laura Bishop, is assigned to investigate a rash of murders committed by ordinary people in a weirdly emotionless manner. Ricocheting from the familiar to the farfetched, the narrative moves swiftly, sizzling an acid trail around the globe as it speeds toward a high-stakes conclusion. While the publisher's comparisons to Tom Clancy are premature, screenwriter LaManna's prose is pleasant to read, and he strives gallantly to make his characters human.