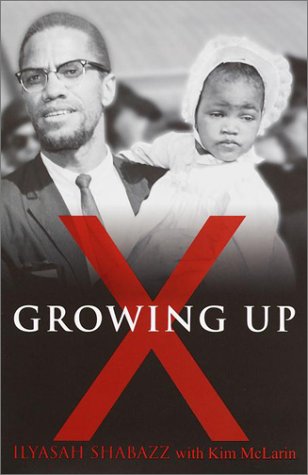 One of Malcolm X's six daughters, Shabazz was two when he was assassinated in February 1965. The bulk of the book covers the day-to-day specifics of Shabazz's childhood and adolescence as a middle-class African-American Muslim girl, punctuated by small brushes with her parents' past. Malcolm X is justifiably sentimentalized via the fragmentary memories and second-hand stories of Shabazz's childhood perspective (including a visit to the soon-to-be Muhammad Ali's training camp). Shabazz's mother, Dr. Betty Shabazz, eventually a professor of health administration at Medgar Evers College, is a constant presence in the book; "Mommy" shepherds Ilyasah and the other girls through school, and herself through graduate work, with "amazing strength and perseverance." Ilyasah's often ordinary existence is rendered in unadorned prose (to the point of listing teachers she had in various schools or chronicling a standoff with neighborhood girls), and her insights into herself and those around her can be cursory (a rape is covered in two pages) if honestly rendered. Shabazz is working on a book about her parents, which may explain why it sometimes feels like anecdotes and information are being held back. By the time Ilyasah comes to a more nuanced understanding of her identity as the daughter of Malcolm X, Betty Shabazz is killed by a fire set by one of Ilyasah's nephews in 1997. The book ends there, with exhortations that "Life is not a destination; it is a journey."