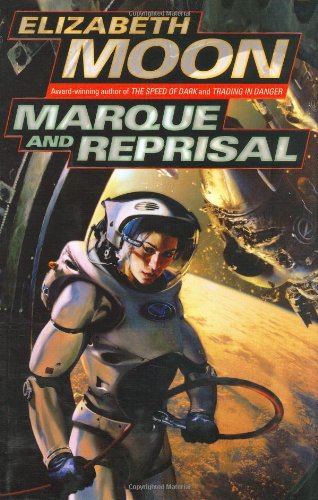 After her debut in Moon's somewhat lackluster (2003), capable young Kylara Vatta, now captain of a dilapidated space freighter, lets loose in this rip-roaring sequel. With most of her immediate family back home on Slotter Key blown to smithereens in a dastardly sneak attack and communication lines down, Ky must first find out who's responsible—then kill the villains out to drain Vatta blood. But this military SF tale is no mere shoot-'em-up. Ky thinks as well as she fights, coolly weighing commercial alternatives and handily using such human resources as her undercover operative cousin Stella and precocious teenager Toby Vatta, as well as the hard-currency diamonds that arrived with Stella in Aunt Gracie's legendary fruitcake. Though mildly tempted, Ky also sees through fetching chick-magnet Rafe (he of many aliases), son of the top of InterStellar Communication's command and now a covert agent with his own complex agenda. The charm lies in Moon's deft characterizations, especially the exorcism of Ky's guilt over her family's deaths. There's plenty of shipboard and dockside action, plus authentically grungy space-station settings. Former Marine Moon has a genuine hoorah series going for her.