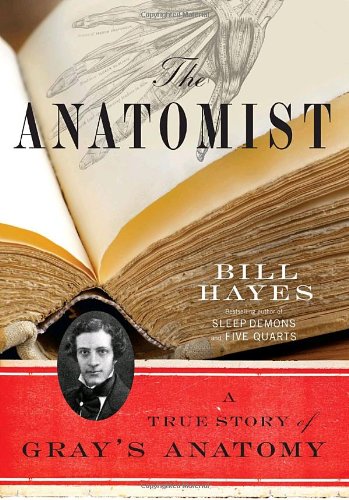 At 150 years old, still sets the standard in medical textbooks, yet little has been written about its author, Henry Gray. Even less celebrated is Henry Carter, the illustrator who brought Gray's groundbreaking anatomy text to life. Hayes ( ) explores the lives of these two men, balancing biographical chapters with his own experience in the anatomy classroom, dissecting cadavers and marveling at each new discovery with prose both lucid and arrestingly beautiful: “Like a pomegranate, whose leathery rind belies its jewel box interior, the kidney is spectacular inside.” From Carter's diary entries, Hayes recreates an era when medical advances were rapidly changing the way people lived as well as challenging religious dogma, and people turned to science in hopes of reconciling the two. Hayes finds emotional resonance in Carter's longing for a job that would matter, as well as in his internal conflicts as a Protestant Dissenter and his fear of professing his despised beliefs in public. As Hayes relates his own growing wonder and respect for anatomy, one feels the echo of Carter and Gray's devotion as they worked to create what one historian called “an affordable, accurate teaching aid.” Hayes pays eloquent tribute to two masterpieces: the human body and the book detailing it.