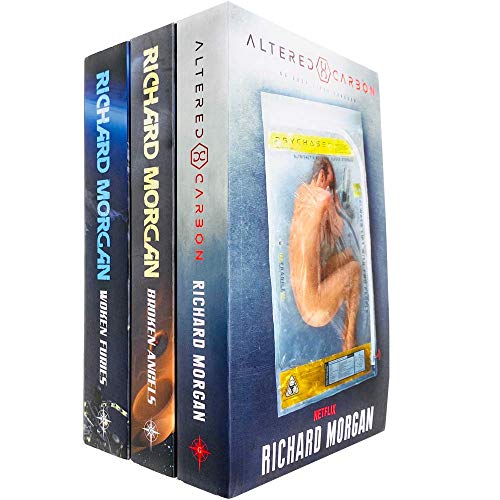 Despite its slick formulaic structure, Morgan's SF–hardboiled hybrid, the sequel to the well-received , bursts with energy and intelligence. Protagonist Takeshi Kovacs is the product of a brutal future in which corporations and politicians fight for supremacy. Humanity has spread to the stars by deciphering charts left behind by the long-extinct Martians. Since people haven't discovered how the Martians surpassed the speed of light, however, they usually travel through space by broadcasting their digitalized personalities from one planet to another and having them installed in new bodies, a technique that gives virtual immortality to the most unscrupulous individuals. One such is Kovacs, a young sociopath whom the interstellar government transformed into a super warrior before he went freelance. Kovacs resembles a smarter and deadlier Mike Hammer; part of the pleasure is watching him not only use his skills and conditioning but also struggle past his limitations to develop empathy for other humans. The few people Kovacs gets close to are the team that accompanies him on an expedition to claim the ultimate Martian relic—a functioning FTL starship. Morgan is good at presenting Kovacs's mastery of high-tech weapons and other gadgets, as well as his reactions to disturbing alien artifacts. The mystery aspect of the story is also well handled, always hovering in the background of the violent action as Kovacs gathers clues. It all adds up to a superior, satisfying cyberpunk noir adventure.