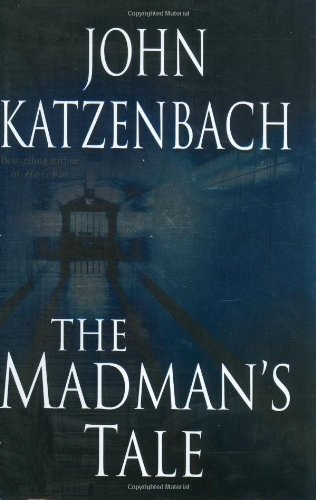 The conceit of this impossible-to-put-down thriller—the story of the hunt for a serial killer-rapist who has concealed himself among a psychiatric asylum's insane—is that it was written in pencil by a madman on the walls of his apartment. More than 20 years ago, Francis Xavier Petrel, nicknamed C-Bird for the seabird his name evokes, was confined against his will in the Western State Hospital, a run-down residential mental health facility that rivals Kesey's Cuckoo's Nest for evil administrators and whacked-out inmates. A shy, frightened 21-year-old who endures a cacophony of disembodied voices, C-Bird is befriended by Peter the Fireman, nicknamed for the church he burned down with a pedophile priest still inside. (C-Bird and Peter appear almost normal amid the hospital's other catatonics, manic-depressives, psychopaths and psychotics.) Then they discover the raped and mutilated body of nurse Short Blond (nicknamed for her hair) stuffed into a storage closet. All evidence points to paranoid-schizophrenic inmate Lanky, who earlier in the day had identified Short Blond as an agent of evil, but Lanky claims the killing was the work of an invisible Angel of Death who committed the crime to save them from some unspecified devilish fate. C-Bird and Peter, knowing that Lanky has been unjustly accused, set out to find the real killer. They are joined by state prosecutor Lucy Kyoto Jones, who believes the killer is the same man who has committed other savage crimes beyond the walls of the hospital. Katzenbach (author of the bestsellers and ) delivers an uplifting story of justice, friendship, mystery and, above all, the courage of certain men and women who rise up, no matter the circumstances, to defeat evil, no matter the consequences.