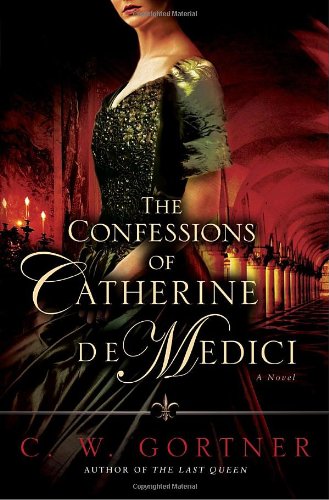 The Confessions of Catherine de Medici

Catherine de Medici uses her natural and supernatural gifts to protect the French throne in Gortner's ( ) portrait of a queen willing to sacrifice happiness and reputation to fulfill her family's royal destiny. Orphan Catherine has her first vision at age 10, and three years later is betrothed to Henri d'Orleans, brother of the sickly heir to the French throne. She heads to France with a vial of poison hidden among her possessions, and after negotiating an uneasy truce with her husband's mistress, she matures into a powerful court presence, though power, she learns, comes at a price. Three of her sons become king in succession as the widow Catherine wields ever-increasing influence to keep the ambitious de Guise clan at bay and religious adversaries from murdering each other. Gortner's is not the first fictional reinterpretation of a historical villainess—Catherine's role in the St. Bartholomew's Day Massacre, for instance, is recounted in a way sympathetic to her—but hers is remarkably thoughtful in its insight into an unapologetically ruthless queen.