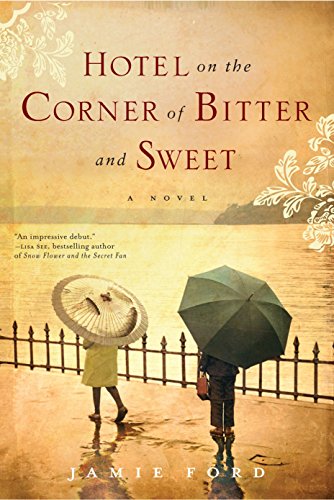 Hotel on the Corner of Bitter and Sweet

Ford’s strained debut concerns Henry Lee, a Chinese-American in Seattle who, in 1986, has just lost his wife to cancer. After Henry hears that the belongings of Japanese immigrants interned during WWII have been found in the basement of the Panama Hotel, the narrative shuttles between 1986 and the 1940s in a predictable story that chronicles the losses of old age and the bewilderment of youth. Henry recalls the difficulties of life in America during WWII, when he and his Japanese-American school friend, Keiko, wandered through wartime Seattle. Keiko and her family are later interned in a camp, and Henry, horrified by America’s anti-Japanese hysteria, is further conflicted because of his Chinese father’s anti-Japanese sentiment. Henry’s adult life in 1986 is rather mechanically rendered, and Ford clumsily contrasts Henry’s difficulty in communicating with his college-age son, Marty, with Henry’s own alienation from his father, who was determined to Americanize him. The wartime persecution of Japanese immigrants is presented well, but the flatness of the narrative and Ford’s reliance on numerous cultural clichés make for a disappointing read.