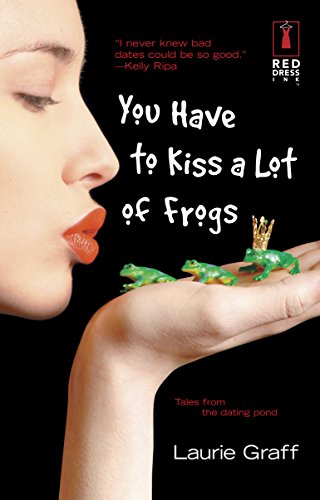 YOU HAVE TO KISS A LOT OF FROGS

Disguised as yet another chick-lit novel about disastrous dating, this book moves beyond genre constraints to offer a provocative and intelligent look at the ways that people search for a meaningful life. Cleverly titled chapters such as "Weight Listed" and "A Clue in Time Saves Nine" describe actress Karrie Kline's dating adventures, but there's a continuity in her narration that makes this novel more than the sum of its parts. Several themes recur throughout, including Karrie's admiration for her mother and stepfather's marriage and her relationship to Judaism, and though romance may come hard to Karrie, her love for New York City is constant, even when she briefly expatriates to Los Angeles. While Karrie's dates are truly hilarious—like the man who wears the same outfit every day, and the man who barks like a dog to show affection—there's also a sense of poignancy as Kerrie truly attempts to give each man his due. Her dates wind through the decades, tracing history as they do, and what's left when the laughter dies down is a normal woman looking for a normal type of happiness, but one who passes by her lucky break like a ship in the night. Those expecting a light and fluffy confection will likely be pleasantly surprised by this more substantive fare.