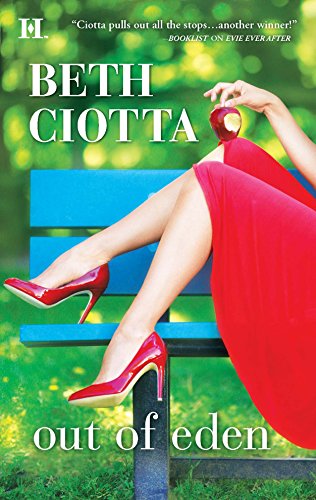 On Kylie McGraw's 32nd birthday, she drinks too many cosmos and vows to shake up her life. While her brother, Spenser, is off being an Explorer Channel star, Kylie leads a predictable, boring, and sensible life running the family shoe store and dreaming of travel. Former NYPD detective Jack Reynolds, Spencer's best friend and Kylie's longtime crush, has returned to Eden, Ind., as the new police chief. He wants to reconnect with his roots, end a feud with his sister, and make peace with his soul. When Ciotta throws these two well-drawn characters together, sparks fly. A widower with a secret past who helps Kylie change the store into an upscale “shoppe,” a Philadelphia mob boss who needs to right an old score, and the escapades of Jack's cheating brother-in-law turn this campy romance into a well-plotted raunchy adventure.