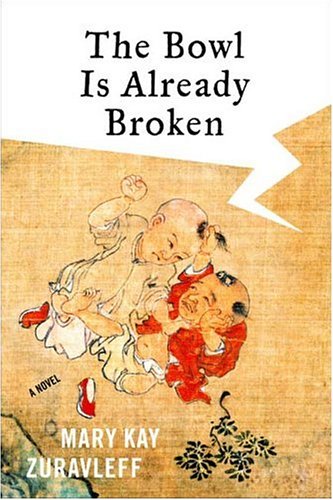 THE BOWL IS ALREADY BROKEN

Former editor Zuravleff's logy second novel (after ) tracks the mishaps and hard-won triumphs of the staff of a little museum that could, Washington, D.C.'s fictitious Museum of Asian Art. The novel opens on diminutive Promise Whittaker, the acting director, watching the museum's curator of Chinese ceramics drop a priceless Jingdezhen porcelain bowl at the prize acquisition's unveiling ceremony. Backtrack six months: Promise, a 43-year-old, Oklahoma-bred Rumi scholar and devoted wife and mother of two, is as floored by her promotion to interim director as she is by her unexpected pregnancy. Then director Joseph Lattimore, yearning to join a dig in the Taklamakan Desert, is threatened with the museum's extinction unless he brings in significant funding. Meanwhile, the curator of ancient Chinese art, Min Chen, embezzles museum funds to cover fertility treatments. As Joseph is eased into involuntary retirement, Promise injects some much needed energy into the museum's operations, all while maintaining an implausibly ideal home life. Though the plot ranges from shenanigans in D.C. to adventures in Central Asia, it bogs down in art historical detail where it should skip briskly. The shattered bowl becomes a metaphor of Buddhist wisdom, a lesson in patience and fortitude that one can also learn from tireless mothers like Promise.