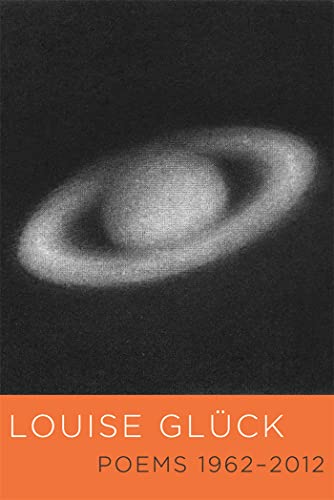 Though Glück has held national fame since the late 1970s for her terse, pared-down poems, this first career-spanning collected may be the most widely noted, and the most praised, collected poems in some time. Here is the Pulitzer Prize–winning The Wild Iris (1992), whose talking flowers encapsulated birth, death, loss, and hope; here are the starkly framed family memories of her controversial Ararat (1990), and the careful, self-accusing humor of late work such as The Seven Ages (2001). Here, too, are the stormy, almost overexposed poems (reminiscent of Robert Lowell) with which she began, and the calmly uncompromising universals of A Village Life (2009), where “the mountain stands like a beacon, to remind the night that the earth exists.” Through screens of familiar stories (Achilles, Penelope, Dante) or through overt—albeit terse—autobiography, Glück at once scrutinizes her own life and reflects on the process by which poems get made, the way that we, too, may come to know ourselves: “Like everyone else,” she reflects, “I had a story,/ a point of view.// A few words were all I needed:/ nourish, sustain, attack.” Turning life stories to myths; myths to cool, scary proverbs, Glück compares her style accurately to “bright light through the bare tree,” her process of writing to spying, to silent listening: “In my own mind, I’m invisible—that’s why I’m dangerous.” (Nov.)
close
Details