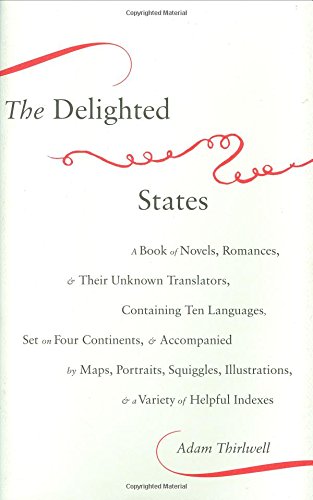 In his labyrinthine and surprisingly engrossing epic of literary influence and translation, Thirlwell ( ) provides an idiosyncratic perspective on a wide range of authors and books, from to by Bohumil Hrabal. A leading young British novelist, Thirlwell creates narrative enthusiasm and vividly drawn characters in a welcome departure from the academic approach to this kind of project. His technique is generally conversational rather than thesis driven, and his dips into notoriously tricky works like and are characterized by impressively observed but plainly written close readings in the vein of the popular literary scholar Harold Bloom. One of Thirlwell's basic conceits is that style is inherently translatable, “even if its translation is not perfect,” and he argues this earnestly and convincingly across eras and borders. Some of Thirlwell's arguments will undoubtedly cause debate among critics and readers, such as his defense of Constance Garnett, the original English translator of whose work has been criticized and possibly superseded by recent high-profile translators. However, Thirwell writes more as a reader than as an academic, and his passionate explications of writers from Flaubert to Nabokov is an absolute pleasure. Photos.