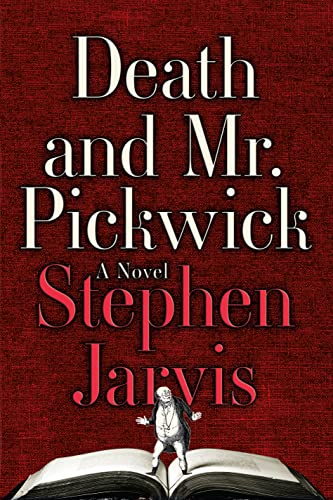 In this astounding first novel, Jarvis re-creates, in loving and exhaustive detail, the writing and publication of Charles Dickens’s first novel, The Posthumous Papers of the Pickwick Club, in 1836. Written under the pen name Boz, Pickwick made Dickens perhaps the first literary celebrity. But who deserves credit for creating Pickwick, the book’s protagonist: Dickens, the man who created the text, or Robert Seymour, the caricaturist who came up with the name and the graphic image of the rotund Englishman? Jarvis is clearly on the side of Seymour—and the book offers an impressively imagined account of Seymour, Dickens, and a huge host of others (the sheer scale of the book is, itself, Dickensian). This picaresque novel is structured with a framing story—a conversation between a present-day narrator and a Mr. Imbelicate, who wants assistance in writing the results of his life’s research on Dickens’s “immortal book.” Jarvis depicts a world in which popular culture was starting to mesh with the earliest forms of mass communications (print, magazines, and books). He convinces readers that, in Seymour’s day, the image trumped the printed word, but Dickens and the wild success of Pickwick changed that. While Jarvis makes a powerful case for Seymour as the character’s creator, it seems undeniable that Dickens’s literary talents turned that creation into a phenomenon. The book is very long, and some may find some of its detours a bit wayward, but it is a staggering accomplishment, a panoramic perspective of 19th-century London and its creative class. (June)
close
Details