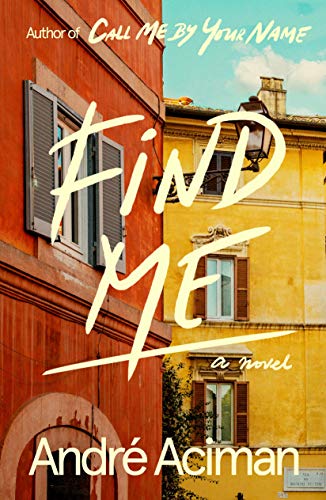 The elegant sequel to Aciman’s celebrated first novel, Call Me by Your Name, revisits his best-known characters some 20 years later. The story opens as Samuel, a classics professor who has abandoned hope of love, boards the train from Florence to Rome to visit his pianist son, Elio, the earlier novel’s narrator. On the train, Samuel strikes up a conversation with a beautiful photographer named Miranda, an American expatriate like him, though she’s half his age. In dialogue that quickly turns searching, they sense in each other a soul mate (“I’ve known you for less than an hour on a train. Yet you totally understand me”); later that day, once they arrive in Rome, they begin planning new lives together. Several years later, Elio has moved to Paris. He begins a satisfying relationship with Michael, an attorney two decades or so his senior, but Elio’s memories of Oliver, whom he loved and lost as a teen, reawaken. A third segment focuses on Oliver, now a married father yet unable to leave the past and its passion behind, before Elio and Oliver meet again in the novel’s brief coda. Elio is the heart of the novel, as its core themes—including fatherhood, music, the nature of time and fate, the weight and promise of the past—are infused with eroticism, nostalgia and tenderness in fluid prose. The novel again demonstrates Aciman’s capacity to fuse the sensual and the cerebral in stories that touch the heart. [em]Agent: Lynn Nesbit, Janklow & Nesbit Associates. (Oct.) [/em]
close
Details