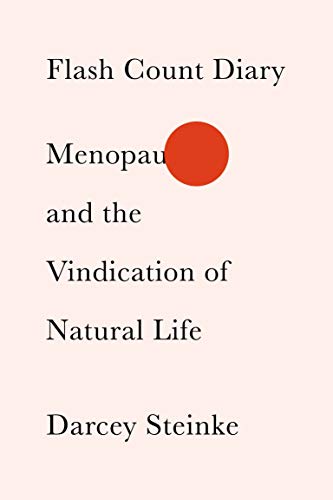 Flash Count Diary: Menopause and the Vindication of Natural Life

Simultaneously contemplative and messily visceral, this extraordinary fugue on menopause, a book “situated at the crossroads between the metaphysical and the biological,” centers on the experience of the aging woman. Finding a kinship with killer whales, the only other species that experiences menopause and lives long past the reproductive years, novelist Steinke (Sister Golden Hair) begins with Lolita, the female whale who has been kept in a tiny pool at the Miami Seaquarium since the 1970s, and ends with a trip to Seattle to see Granny, a 104-year-old pod matriarch. In between, Steinke describes the discomfort, panic and isolation that can be caused by hot flashes, sleeplessness, and emotional and cognitive shifts; explores both the frustration and appeal of the cultural invisibility of older women; and considers what it means to develop a sexuality that does not focus on intercourse. She affirms menopause as part of what it means to be female and human, in contrast to the medical view of menopause as a pathology to be treated with hormone replacements and vaginal rejuvenation. Her ability to translate physical and emotional experiences into words will make menopausal readers feel profoundly seen and move others. (June)

Correction: An earlier version of this review misstated the title of the book and incorrectly noted the location where Lolita the killer whale is located.