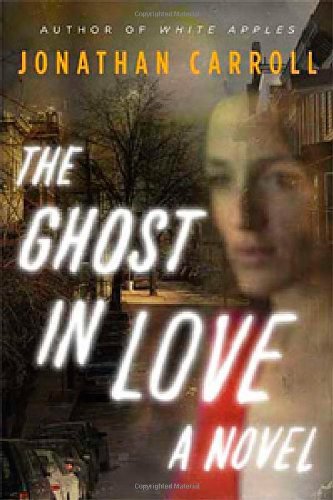 The Ghost in Love

Death is not the end but rather the start of a series of madcap and sometimes moving adventures for characters in this spry novel about the un-afterlife. Events begin on a wintry day in Connecticut when Ben Gould slips and hits his head on a curb. He should have died, but owing to a “virus” in heaven’s computer system, Ben’s body lives on. Soon, Ben and others in his life—including his talking dog, Pilot, and his own ghost (named Ling)—find themselves endowed with extraordinary and unpredictable talents, including time traveling, the ability to hobnob with multiple incarnations of their younger selves, and a capacity to see otherwise invisible forces of fate manifested in bizarre physical forms. Carroll ( ) tethers the series of loopy incidents that ensues and their shaggy-dog explanation to incisive and poignant observations about the wondrous possibilities of everyday life that are the hallmark of his flippant style of fantasy. Carroll fans will best appreciate this jeu d’esprit.