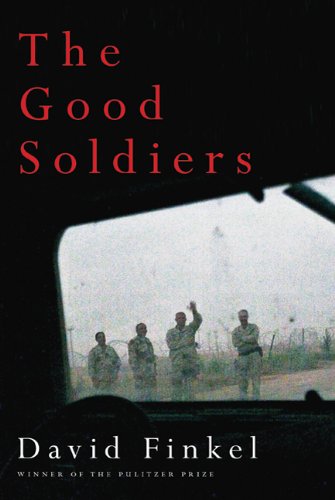 A success story in the headlines, the surge in Iraq was an ordeal of hard fighting and anguished trauma for the American soldiers on the ground, according to this riveting war report. correspondent Finkel chronicles the 15-month deployment of the 2-16 Infantry Battalion in Baghdad during 2007 and 2008, when the chaos in Iraq subsided to a manageable uproar. For the 2-16, waning violence still meant wild firefights, nerve-wracking patrols through hostile neighborhoods where every trash pile could hide an IED, and dozens of comrades killed and maimed. At the fraught center of the story is Col. Ralph Kauzlarich, whose dogged can-do optimism—his motto is “It's all good”—pits itself against declining morale and whispers of mutiny. While vivid and moving, Finkel's grunt's-eye view is limited; the soldiers' perspective is one of constant improvisatory reaction to attacks and crises, and we get little sense of exactly how and why the new American counterinsurgency methods calmed the Iraqi maelstrom. Still, Finkel's keen firsthand reportage, its grit and impact only heightened by the literary polish of his prose, gives us one of the best accounts yet of the American experience in Iraq. Photos.