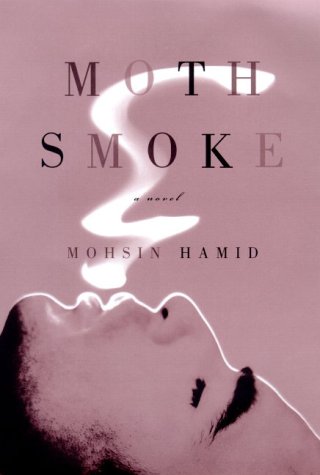 Hamid subjects contemporary Pakistan to fierce scrutiny in his first novel, tracing the downward spiral of Darashikoh ""Daru"" Shezad, a young man whose uneasy status on the fringes of the Lahore elite is imperiled when he is fired from his job at a bank. Daru owes both the job and his education to his best friend Ozi's father, Khurram, a corrupt former official of one of the Pakistan regimes who has looked out for Daru ever since Daru's father, an old army buddy of Khurram's, died in the early '70s. As the story begins, Ozi has just returned from America, where he earned a college degree, with his wife, Mumtaz, and child. From the moment they meet, Daru and Mumtaz are drawn to each other. Mumtaz is fascinated by Daru's air of suppressed violence, and Daru is intrigued by Mumtaz's secret career as an investigative journalist; the two share a taste for recreational drugs, sex and sports. But their affair really begins after Daru witnesses Ozi, driving recklessly, mow down a teenage boy and flee the scene. Daru decides then that Ozi is morally bankrupt. But as Daru becomes more dependent on drugs, the arrogance he himself has absorbed from his upper-class upbringing stands out in stark contrast to his circumstances. Daru's noirish, first-person account of his moral descent, culminating with murder, interweaves with chapters written in the distinctive voices of the other characters. One in particular comes vividly to life: Murad Badshah, a sort of Pakastani Falstaff, officially the head of a rickshaw company, but kept afloat by drug dealing and robbery. Hamid's tale, played out against the background of Pakistan's recent testing of a nuclear device, creates a powerful image of an insecure society toying with its own dissolution. (Jan.)
close
Details