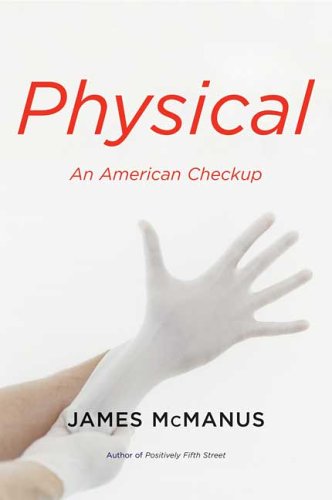 As McManus (author of the bestselling ) admits, he's been spending too much time on his duff, playing poker and eating third helpings of his wife's cooking. He also likes his liquor and his postprandial cigarette—all bad things given his family history of early heart attacks and death. In this disjointed, sometimes uproarious, sometimes powerful book, Mcmanus describes his experience of the über-physical—the executive physical at the Mayo Clinic. McManus does amazing high-energy riffs on themes like our belief in our own immortality, and assesses the manner and personalities of his doctors as keenly as they examine him. One wonders whether he needed an $8,000 physical to learn he should exercise more, eat and drink less and cut out the smoking, but the tour of the remarkable Mayo Clinic and the best physical money can buy is well worthwhile. Equally strong is a recounting of his older daughter Bridget's struggle with juvenile diabetes, which leads to forceful but repetitious rants against President Bush for virtually banning embryonic stem cell research (which could lead to a cure for diabetes). Odd detours into other areas of McManus's physical life, like his reluctance to have a vasectomy, are less gratifying, and the book doesn't really add up to a look at health care in America today.